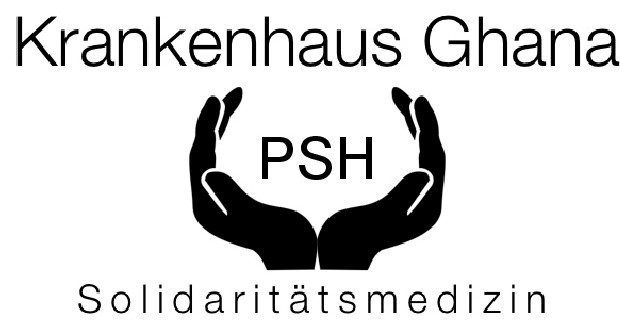 A journey of 1000 miles begins with the first step.

With the desire to become a good doctor, Dr. Okae began his medical studies at the Charité in Berlin in 2002. Four years later he returned to Ghana with a scholarship from the DAAD (German Academic Exchange Service) for a malaria project.
“It was only this direct comparison of the two countries that made me aware of how inadequate medical care is in my home country,” says the now 38-year-old father of five children. The impressions from Ghana led to his decision to make a contribution in his home country to improve the situation:

Dr. Okae decided to build a model hospital in a suburb of the capital Accra/Ghana.

To fulfill his dream, he started to save money. “My apartment in the student residence was nice and cheap, and parties were never my thing anyway,” he says with a smile.
In 2010 the time had come. He bought a plot of land in a suburb of Accra and started building the hospital in 2011. Since then, a lot has already been set in motion.
Dr. Okae organizes most of it from Dortmund and regularly sends sea containers with building materials and furniture to his home country. For example, he and his small team were allowed to remove windows, doors, handrails and an emergency power generator in German hospitals and send them to Ghana by sea container. He has already received a great deal of support within Germany.
But he has also received medical donations in kind, such as medical instruments and medical technology that are no longer approved in Germany, from helpful colleagues.

On-site construction supervision in Ghana is the responsibility of his friend, engineer Dr. Eric Ofosu Antwi. His sister Dr. Okaes also keeps an eye on the construction site.

But Dr. Okae prefers to be on site himself. At least once a year he flies to Ghana to tackle the work himself and to push the construction site forward. In the past years Dr. Okae has already invested about 400.000 € in his project. In order to save this amount, he has spent many days and nights in emergency medical service.

The aim of the project is to have up to 100 employees (doctors, nurses and carers) in the new hospital in Ghana to take over the health care of the people. However, since not only the hospital beds and equipment are lacking in Ghana, but also the skilled personnel, Dr. Okae will return to Ghana with his family once the hospital is operational. “I am aware that it is a very long way to the goal. But a journey of 1000 miles begins with the first step,” says the father of five children confidently.